Kongu Vellala Goundars are known by a common name Goundars. They are known as the descendants of warriors, who fought for the Chola and Chera kingdoms in South India. In the later years, their interest in the agricultural development has earned them the name Kongu Vellala Goundars. The community is also called by other names, which include Nattu Goundars-Kattu Goundars, Narambukatti Goundars, Senthalai Goundars, Padathalai Goundars, and Irumudi Goundars. The goundar community is more prominent in places such as Palani Taluq of Madurai, Salem, Dharmapuri, Periyar, and Coimbatore districts. The total area of their living covers around 7500 Sq. miles and it is commonly known as the Kongu Region. Though the region has a number of flowing rivers such as Cauveri, Neyyar, Amaravathi, and Bhavani, being in a dry plain it receives only scanty annual rainfall. The area mostly depends on deep bore ground wells for irrigation.

Goundar caste includes 145 family names also known as kootam, gothram, or clan. The names often resemble the name of a flower (Araiyan), tree (Oodaalan), fish (Avuriyan), a bird (Antuvan) or human body parts. The names of the kootams are similar to the names used during the old Tamil Sangam period. 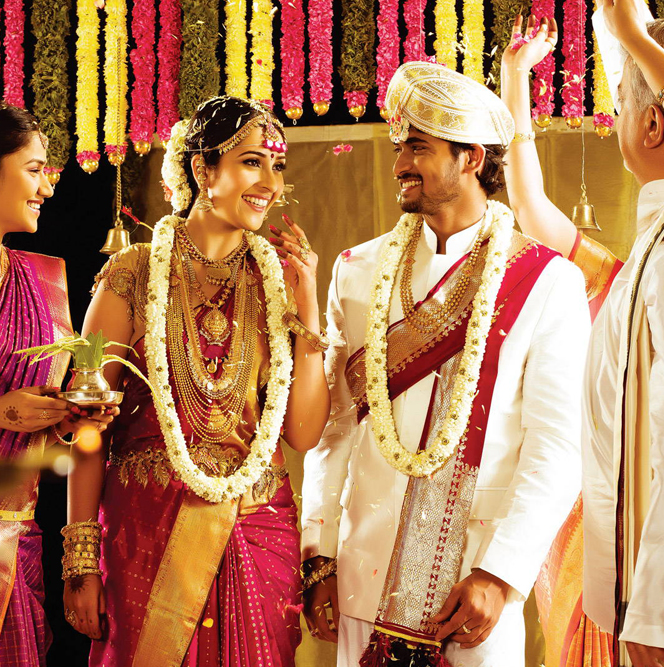 Goundar caste includes 145 family names also known as kootam, gothram, or clan. The names often resemble the name of a flower (Araiyan), tree (Oodaalan), fish (Avuriyan), a bird (Antuvan) or human body parts. The names of the kootams are similar to the names used during the old Tamil Sangam period.

The community known for their hard work follows well-refined wedding customs which amply reflect their living style. Every rite performed during their marriage is unique and carry a specific reason. These marriage rituals follow old Tamil Sangam age practices as a base. Over the time they have undergone changes in tone with the available facilities, changing habits and technology while some of them do not exist now.

In the Goundar community, parents arrange most of the marriages. After confirming the willingness of their son or daughter for marriage, the parents, will spread the news across their close relatives and friends, announcing their intentions about the search for a suitable match. The factors that play a crucial role in the bride or groom selection include matching of horoscope, economic and social status of the family, their financial conditions and earning capabilities, and the level of education.

After both the families mutually get satisfied with the matching of their son or daughters horoscope with that of a received horoscope, they will go ahead towards the next step of Sagunam Parthal. They will seek favorable omens to take further steps in fixing the marriage. They believe in sagunams such as the movement flowers placed before their Kula Deivam, or the sound of a lizard or any other good omen that best conveys the blessings of the god. After getting convinced about the favorable Sagunams, both the families will visit each other. They will do this to have first-hand information about the land, house possessions, living status of the other family. On mutual satisfaction, the families will then try to confirm the marriage by performing Nichyadhaartham ceremony.

Nichyadhaartham also known as Nichaya thamboolam is arranged on a convenient and auspicious day. The bridegroom’s family will visit the house of the bride or a place specially chosen for the purpose along with their relatives and friends to conduct the ceremony. Both the families and friends will sit in rows opposite to each other to enable easy discussion between them. A tripod is kept in between the two rows, over which a plate with betel and Areca, and fruits are placed.

The groom’s side will initiate the discussion asking the bride’s side to accept the marriage proposal. This will be gladly reciprocated by the bride’s side. Then the groom and the bride’s side will exchange the plates containing fruits, betel, and Areca as confirmation of the Nichayadhaartham. The groom’s side will present the bride a new dress especially chosen for the occasion. The bride will wear the dress for the Nichayadhaartham. She will keep lemon, turmeric, Areca nut and betel in her lap and offer her respect for all the elders who have come to attend the function. Then both the families will fix up an approximate date, time and venue for the marriage. The bride’s family will complete the occasion by offering a grand feast known as ‘parupanchotru virundhu’ (a feast comprises of rice and dhal) to the groom’s family.

During the olden days, the Kudimagan chosen for the occasion will extend the invitation on behalf of the families. While extending the invitation, he will mention the number of persons expected to attend from each invited families. Families will consider his invitation as prestigious and those families that did not get his personal invite may choose to boycott the marriage. Currently, only printed invitation cards are used to invite the families. The bride or groom’s family will extend a personal invitation only to their close family relatives and friends and for others while for others they use courier or postal services.

In Goundar marriages, the ceremonial marriage rites are elaborately conducted for three days. They follow the old Sangam period marriage traditions and such traditions do not include chanting of Vedic hymns and rising of holy fire. The Goundar marriages offer a very good scope for participation from other communities. The other communities that partake in the marriage rituals include Navidhar (barber), Vannar (washerman), Kuyavar (potter), Kammalar (carpenter), Maadhaari (cobbler), and Pandaram (cook).

Arumaikaarar a revered and senior member of the community blessed with a wife and child/children will conduct the marriage ceremonies. He is also respectably called by other names such as Pudavaikaarar, Seerkaarar, and Arumaiperiyavar. Similarly, a senior woman member is selected as Arumaikaari. The chosen woman would have completed a procedure known as Ezhudhingam under an Arumaikarar when her daughter or son has attained the marriage age. Arumaikaari along with Arumaikaarar also will conduct certain marriage rituals.

Next, to Arumaikaarar the Navidhar (Barber) gets the respect and he plays a significant role in the marriage. Affectionately called as Kudimagan, he performs the role of inviting the relatives for the marriage, calls the relatives before every specific ritual of the marriage and sings the Mangala vaazhthu song thus assisting the Arumaikaarar. He also completes the haircut and shaving procedures performed on the groom before the marriage. The Vannar erects the colorfully decorated temporary shed (Pandhal) for the marriage, while the Potter supplies the earthen pots needed for the marriage rituals. The Kammalar provides the boxes made f wood and the box to be used for madaikalam vaithal.

It is a common practice among the Goundar community to offer voluntary services to the bride’s side before and during the marriage and to assist the other marriage-related works. On the second day of the marriage, the relatives of the bride will jointly make all the needed arrangements such as serving the relatives during the feasts, cutting of firewood and steaming of the paddy. They will also install the pandhal under which the marriage will be performed.Three arumaikaarars will erect the muhurtha kaal to showcase the commencement of the marriage. During the marriage rituals on the second day, a specific type of loud beating instrument is played.

The third day of the marriage is very important. The marriage gets completed with the tying of thali at the fixed muhurtham time. During the ceremony, the bridegroom and the bride will wear the traditional dresses and sit on a raised platform. The bridegroom will tie the thali or Mangala naan around the neck of the bride. The Mangala vadyams or sacred instruments will be played during the occasion. Exchanging of garlands will mark the completion of the wedding rituals. The marriage rites such as Kaappu Kattudhal, Tharai varthal and Kaithalam pattrudhal performed before and during the marriage point out the rights and responsibilities bestowed on the couples through the marriage.

Events associated with the marriage

Reciting Mangala Vaazthu is an exclusive event during Goundar marriages. Poet Kambar wrote the song in pure Tamil to honour Sadayappa Vallal a Kongu Vellalar. It describes the entire range of events that take place during the marriage and compares it with that of those that happen in a royal family. The song highly praises the marriage as an institution while blessing the newly married couple.

Aarathi Eduthal an important event in marriages and it is performed at the end of all the marriage ceremonies. The elderly women chosen for the purpose will hold a plate containing red colored water made using a mix of turmeric and lime. The plate with lighted camphor will be taken in clockwise and anti-clockwise motions before the newly married couple. Such an act is believed to ward off the evil eye cast during the marriage and protect the couple.

Senjoru Aindhadai Suttrudhal & Arugumanam seidhal rituals are performed after completing all the marriage ceremonies. They intend to end and get rid of the blight induced due to the evil eye during the marriage celebrations.

The Goundar marriage is complete only after the Kalyana Virundhu. It includes extravagant and lavish vegetarian food items served on plantain leaves. The feast will adequately serve taste buds of the guests to bring them joy.

The information provided in the write up is collected from various sources and we believe them as correct. We will be happy to receive corrections if any. Please send your mail with details to [email protected]